In 1968, a year before New York’s Stonewall Riots, a series of most unlikely events in Southern California resulted in the birth of the world’s first church group with a primary, positive ministry to gays, lesbians, bisexual, and transgender persons.

A failed relationship, an attempted suicide, a reconnection with God, an unexpected

prophecy, and the birth of a dream led to MCC’s first worship service: a gathering of 12 people in Rev. Troy Perry’s living room in Huntington Park, California on October 6, 1968. Metropolitan Community Churches (MCC) grew out of the gay and lesbian rights movement of the late 60’s. In fact, MCC was the first spiritual community where gay, lesbian, bisexual, and transgender individuals could come together and celebrate their faith openly, without fear of judgment. That first worship service in a Los Angeles suburb in 1968 launched the international movement of Metropolitan Community Churches, which today has grown to 43,000 members and adherents in almost 300 congregations in 22 countries. During the past 36 years, MCC’s prophetic witness has forever changed the face of Christianity and helped to fuel the international struggle for LGBT rights and equality.

For over 40 years, MCC has been at the forefront fighting social injustice not only within 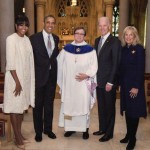 the gay, lesbian and transgender communities but everyone suffering from discrimination.

Despite advances in marriage rights for gay and lesbian couples and small steps to ensure transgender rights, the journey for social justice is far from over. Our message of faith, righteousness and the celebration of the individual spirituality that started in 1968 continues to fuel the movements of today. There is still great work to be done regarding race relations, marriage equality, transgender rights, poverty, crime, and education, but through God, all things are possible.

MCC Facts:
• Over 300 congregations World-Wide
• MCC is active in 22 different countries, on every inhabited continent
• 43,000 official members of MCC
• 20% of members identify as heterosexual